TALK TO ME, BERLIN!

All focus on voice (and personality)

Together with 15 other teams we took on this challenge at the “TALK TO ME, BERLIN!” hackathon: We developed a voice user interface (VUI) for rental bikes that guides tourists through Berlin, and mainly focused on its personality. And this approach payed off: Our voice assistant “Alex, the bear” won the Best Character award.

BERLIN NEEDS A BIKING TOUR GUIDE
Before the event, we—a team of designers and developers—generated ideas and worked out which of these ideas would have the greatest potential. Rental bikes equipped with a voice assistant that enables visitors to start off on a tour through the city without preparations? Sounds tempting, especially for active and tech-savvy tourists who want to explore Berlin without constantly having to get their phones out. 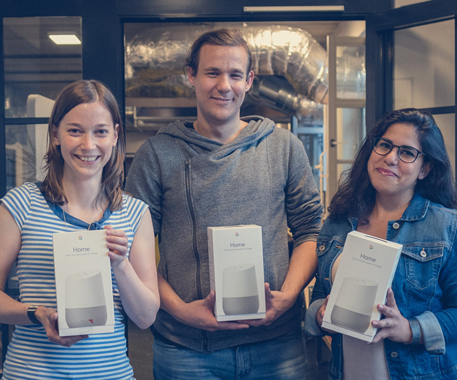 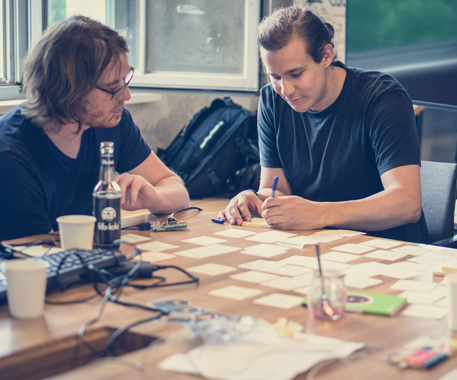 From scenarios to the final product

At the hackathon, we used different scenarios to define the target group and use cases, working out usage scenarios and programming specific dialogues with the Google Assistant and Raspberry Pi at the same time. In this process, the voice assistant's personality was especially important to us.

A VUI WITH PERSONALITY?
What could be better suited for Berlin than a bear, the city’s heraldic animal? This idea formed the basis for “Alex, the bear”, and a large part of its personality was quite obvious: laid back, with a dry sense of humor and the brash slang that is typical of Berlin.
But how did we transport this personality into a VUI? First, we defined age and gender and selected a fitting male voice. The tonality was outlined using adjectives that laid the basis for the dialogues. The texts enabled us to define Alex’s reactions to certain situations—and all this individuality was the reason for Alex receiving the award.
The conversation was created as a Google Action in the graphic dialogflow editor and is accessed via the Google Assistant. A Google Action is comparable to an Alexa Skill. 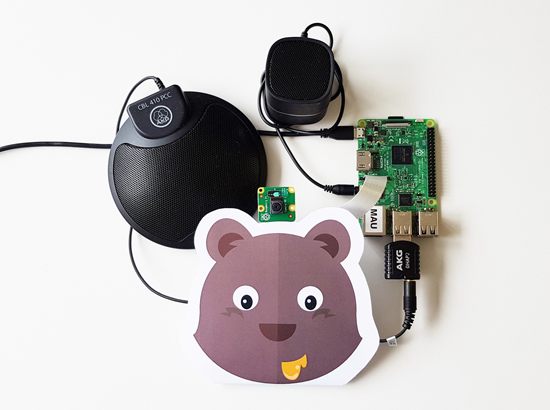 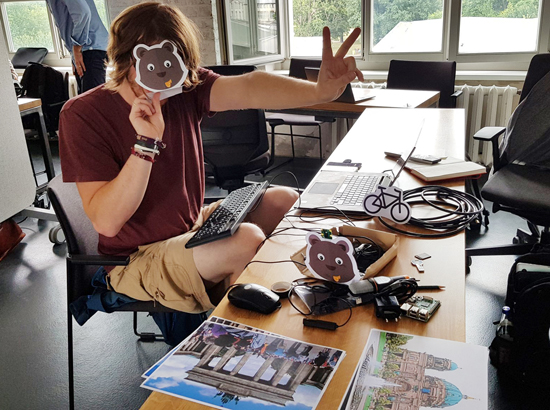 MORE THAN JUST A VOICE ASSISTANT
Finally, we brought Alex to life as an IoT prototype: Alex guides tourists through Berlin using speech and tells them more about the subjects that interest them. From the typical sights to street art all the way to a tour of Berlin’s iconic late-night corner shops—everyone will find something to suit their interests. Moreover, an integrated camera detects sights while the system points them out to the users.

How does Alex work?

"Alex, the bear" not only stands out for its concept and design, the technical implementation also boasts some special features. The core is a Raspberry Pi, which is connected to a speaker, a microphone and a camera. This hardware is firmly incorporated into the bike's handlebar.
Since generally available devices with the Google Assistant were not suitable for our use case we installed the Google Assistant SDK on the Raspberry Pi and programmed our own application in Python on it. This enabled us, for example, to implement the camera into the VUI. Using the Google Vision API, the camera recognizes everything it records in real time and, on request, the system provides further information on the objects. 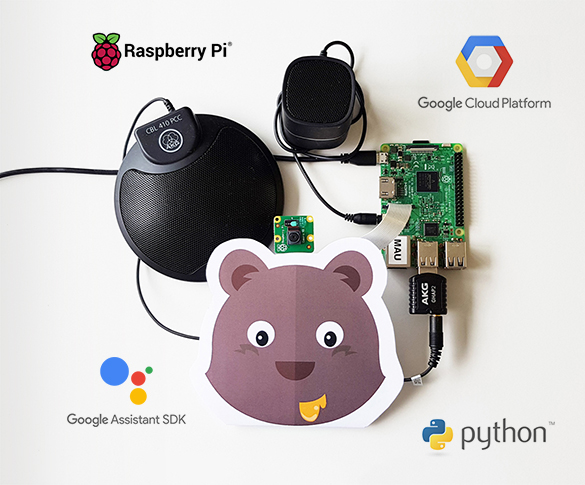