Our moody, Kinect-based photo booth,
which is connected to Twitter. 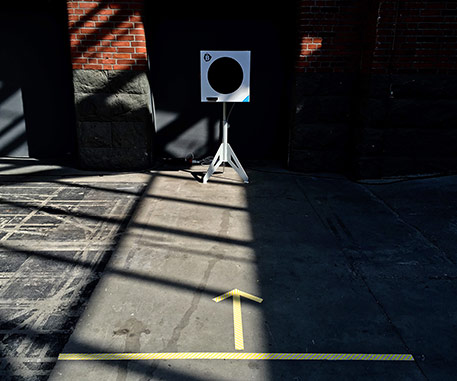 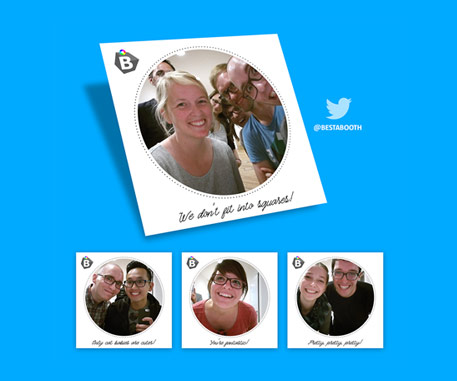 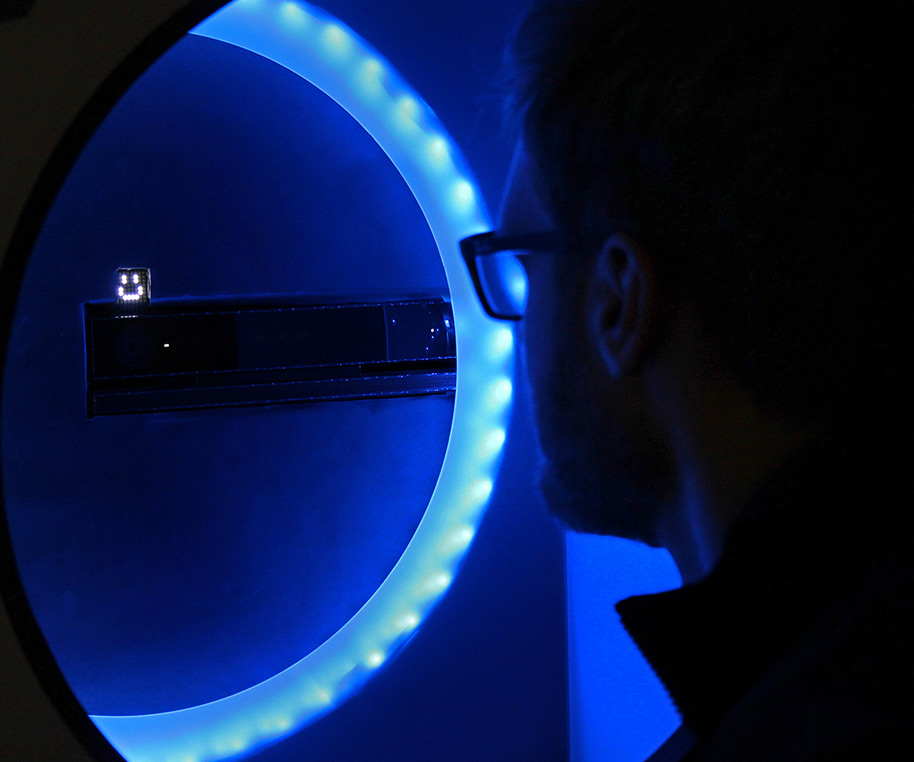 BESTÅBOOTH is our experimental photo booth. It is named after the IKEA wardrobe that it is installed in. The idea behind it: What could an homage to the iconic black-and-white photo booths of Berlin look like in the year 2015? Before developing it, we asked ourselves the following questions: Is it still the 2-euro coin that triggers the photo? Or maybe a glance from the user? A word ...? In our case, the person itself was to be the trigger!

The installation is activated by presence detection. Instead of waiting for users, BESTÅBOOTH woos the people in its vicinity. With its cheeky voice, it calls them to come closer: “Hey you there, come here!… You need to come closer!”. Its voice and the bright corona draw the users closer and closer, until the distance for taking a picture is ideal and the shutter release is activated. There are no buttons, no mirrors – the photo booth decides when the best moment to release the shutter has come.
And BESTÅBOOTH even bridges the time until the print is ready by playing Britney Spears covers. At the same time, it uploads the portrait to https://twitter.com/bestabooth ready for the user to download it.

The installation’s technology is based on an MS Kinect II. Thanks to its PrimeSense depth sensor and the wide-angle HD color camera, it produces pictures of decent quality while offering the possibility to use presence detection. It also incorporates a ring-shaped LED flash and two loudspeakers, which provide the acoustic experience. A photo printer dispenses the pictures as square photo stickers.

The Kinect is controlled via an MS Surface Pro tablet, the other components are activated using an Arduino micro board. At the software end, a processing application controls the logic of the linked in- and outputs. 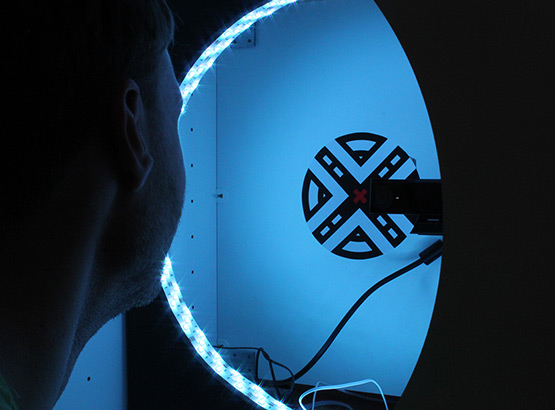 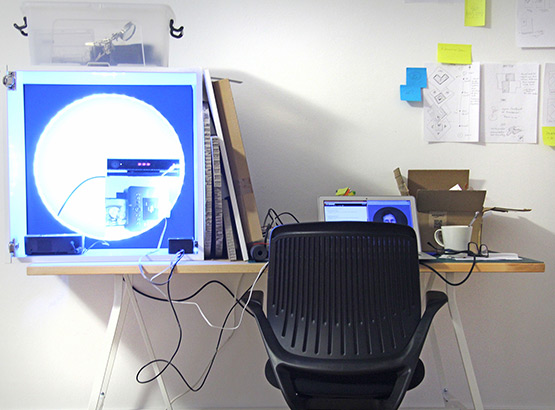 With its human-like behavior, the object of our study leaves the cliché of the devout and boring machine behind. Taking recourse to the homage to the iconic photo booth, we attached great importance to giving the redesigned box its own personality. With its moody, appellative character, BESTÅBOOTH contributes to the discussion on how to shape the relationship between humans and “sentient”, connected IoT products in the future.