The beauty of data visualizations

Who’s in today? Who’s off sick, on vacation or in an out-of-office meeting? Apart from project-based data, this is the kind of information your staff are interested in. All too often, such data disappears in intricate administrative systems—including information that appeals to your team members on an emotional level. In order to prevent this, UID employee Florian Schröder has developed for his thesis a shape-changing interface that creates an aesthetic display of neglected status data.

Our shape-changing interface “translates” dynamic attendance data into live action. Just like a living creature, the prototype reacts to the current data basis by moving and changing shape and color. 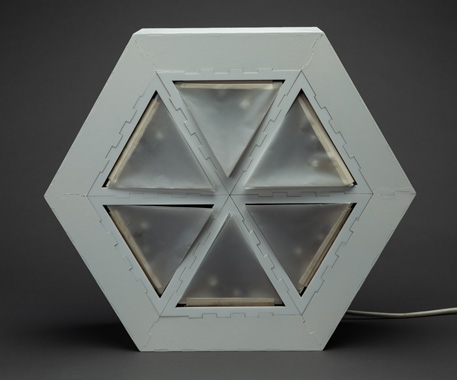 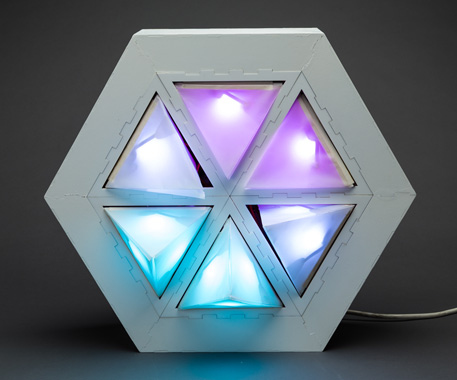 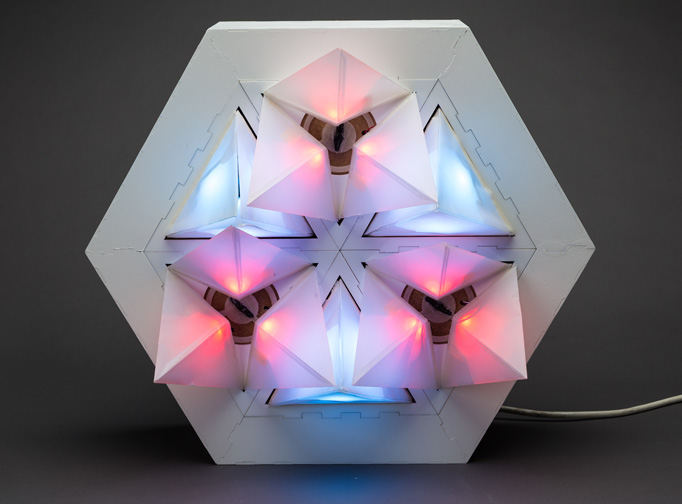 A interface that flourishes

If life in the office is bustling, the shape-changing interface flourishes, expressing joy through many fast movements. If, in contrast, everything is quiet, it becomes inactive and backs down. In addition, different colors indicate whether team members are not present due to out-of-office meetings, vacation or sickness. The shape-changing interface also reacts to physical attendance by, for example, opening up to greet all employees who approach it and taking on the color of their clothes.

An eye-catcher in the flood of information

The lively behavior of the ambient shape-changing interface appeals to different senses and clearly stands out from the usual graphical interfaces. Not the screen but the immediate environment of the data is used as the data interface. Through atmospheric changes, the prototype conveys an impression of the current data basis as people walk past- without attracting too much of their attention. This makes our prototype an alternative means of data visualization, an eye-catcher in the daily flood of information.

How the Magic Happens

The prototype consists of a hexagonal base with six equal pyramids. Each pyramid can move in and out, conveying an impression of opening and closing blossoms. Multi-colored LEDs at the center of the pyramid produce appealing light effects. Servo motors, generally used in model-building, drive the pyramids. The mechanism behind the system comes from a 3D printer. Kinect Sensors allow the system to notice movements and to interact with the users like a living creature. 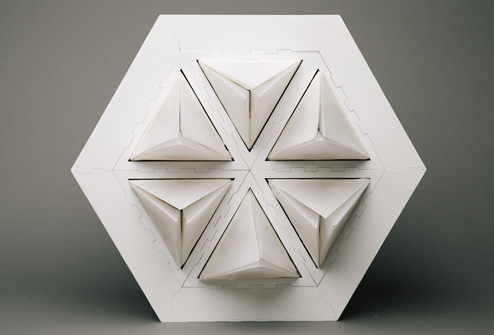 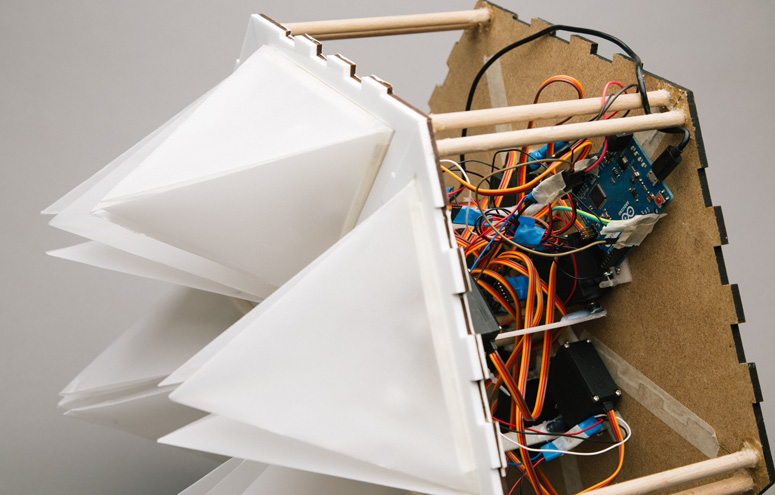