Supporting people with dementia in their daily routine

MeMoTray is a physical computing design prototype from the EU research project CCE (Connected Care for Elderly People Suffering from Dementia). The project ran from 2011–2012 and made the design team focus on the needs of elderly people, and especially those in the early stage of dementia.

Regarding its basic functionality, MeMoTray is the electronic sibling of the pin board and the dressing table. Most people have a spot in their flats where they leave important things, such as keys, purses or reminder notes for organizing their daily lives. MeMoTray connects these analog everyday objects with the Internet and assigns them to tasks and activities in the digital world (Internet of things). 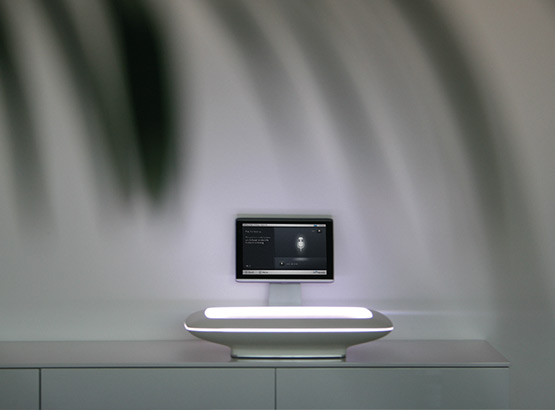 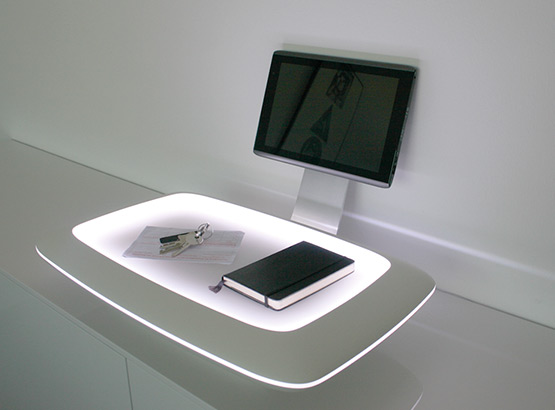 Equipped with modern sensor technology (RFID, ambient sensors), MeMoTray identifies and analyzes object and environmental data, such as a bunch of keys that will be needed to lock the main door. Furthermore, MeMoTray has access to the user’s calendar and is able to support in planning daily activities. Visual, acoustic, and haptic output ensures that MeMoTray’s reminders will be recognized. Connecting MeMoTray to other smart household devices like an interactive door mat expands its feedback to every location where it might be needed.

Designed as a “Reminder Object”, MeMoTray is ideally suited for people suffering from dementia. By following their behavior, knowing what to remind them of, it allows people with dementia to regain some normality and be independent.

MeMoTray was featured on several conferences including the Hyperkult XIV conference in a joint talk with Henrik Rieß and Sophie Rosentreter about dealing with dementia patients.