Three interactive prototypes for people with dementia
In our InterMem project we aim at bringing back memories for people with dementia so they can exchange them with their environment. We investigate what artefacts enhance communication and allow patients to immerse in their memories. After extensive user research, we have chosen three approaches from the multitude of ideas and brought them to life in prototypes. Dementia patients then tested these three artefacts in various settings.

LISTEN! A JUKEBOX THAT BRINGS BACK MEMORIESMusic activates people with dementia and triggers memories. The jukebox prototype plays music from the times when they were young and shows matching pictures and videos on a built-in screen. The combination of different senses intends to stimulate even more memories. 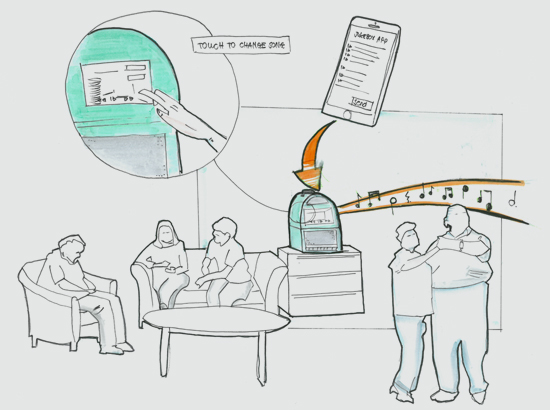 The music brings back positive memories and fills times in which nursing staff have little time to attend to their patients. When conversations stop in a nursing home’s lounge, the jukebox switches itself on and the volume slowly increases. When people start talking again, the jukebox turns the volume down and switches off once a certain noise level has been reached.

In our test involving about 24 inhabitants of the nursing home Sankt Marienhaus in Freiburg, Germany, the jukebox delighted the people and encouraged them to clap and sing. However, the connection between sounds and pictures apparently was not clear to most dementia patients, since they either clapped and sang along with the music or concentrated on the pictures. 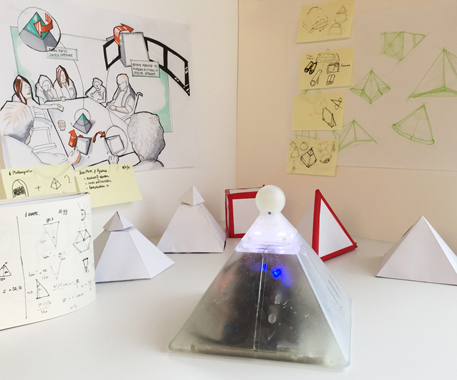 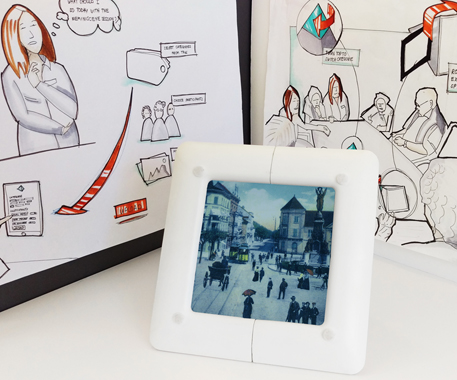 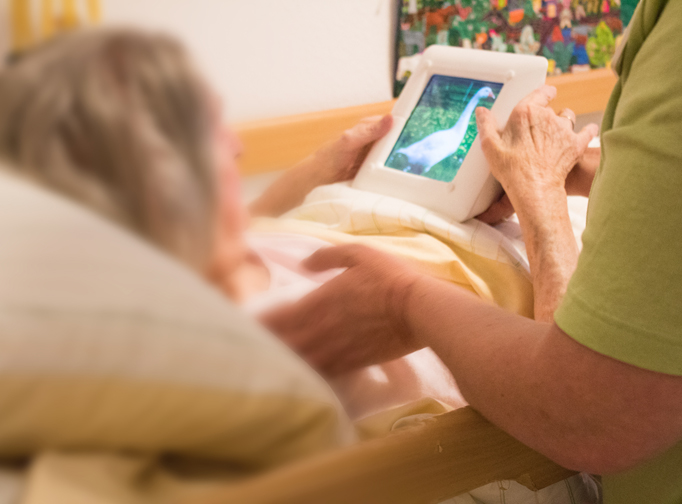 Look at that! Using a pyramid to talk about olden times

The pyramid is an interactive object that combines pictures from the past with matching sounds: When it shows a picture of the Freiburg cathedral, for example, it also plays the chiming of its bells. This combination of pictures and sounds with a local or personal connection aims at triggering memories and encouraging conversations between dementia patients, their families and nursing staff.

The feedback on our test involving about 25 inhabitants of the nursing home Sankt Marienhaus in Freiburg, Germany, was very positive.
The pyramid brought back memories for the vast majority of participants and encouraged them to talk about past experiences. Moreover, even people with an advanced stage of dementia showed positive emotional reactions.

Look in here! A glimpse of the past with VR binoculars

Looking through binoculars helps people with dementia immerse into the past. A journey through time involving various topics (e. g. their home town in olden days, popular movies or old TV series) takes them to a virtual reality (VR) environment for a short time. A little wheel allows the patients to move to the next picture. 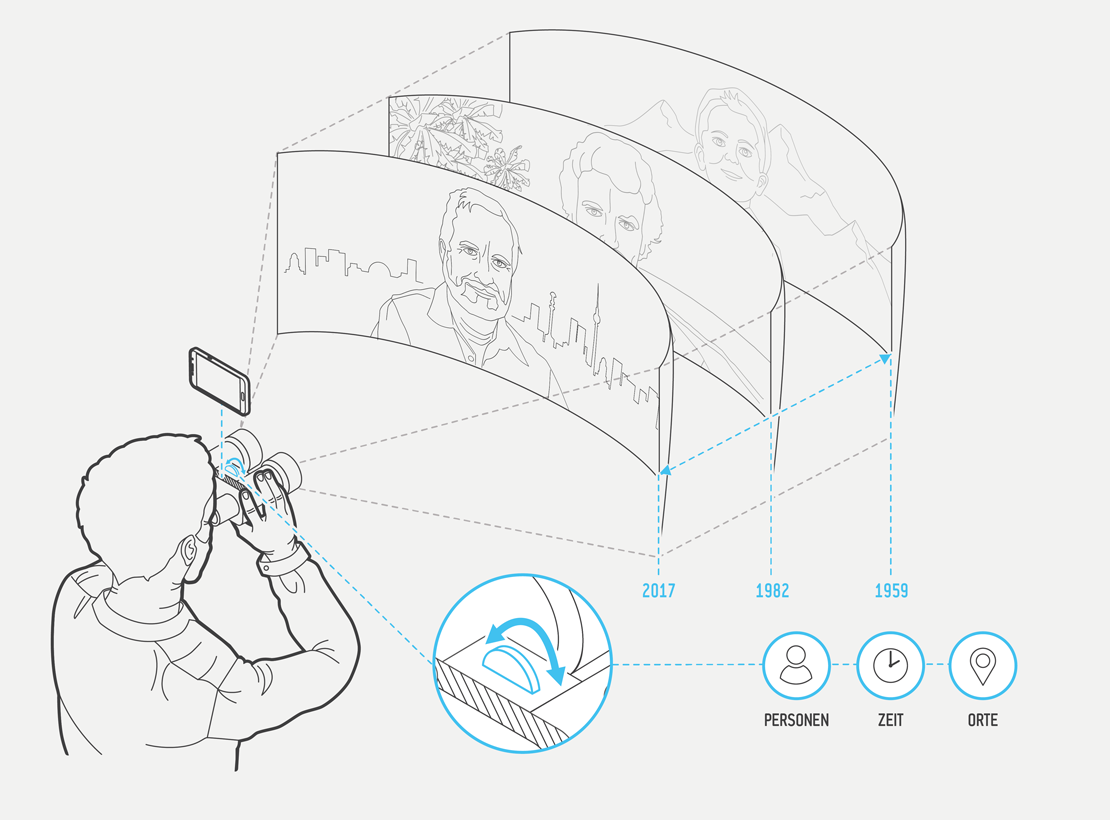 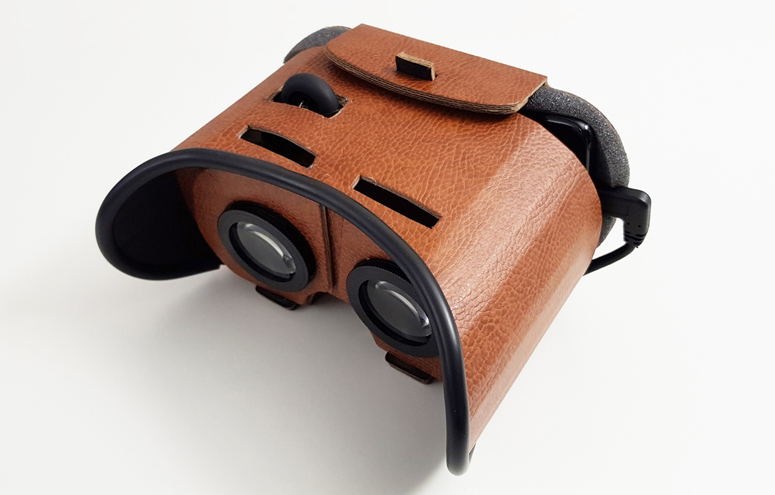 As soon as nursing staff notice that someone shows signs of interest or memories, they can see on a second screen what pictures are currently displayed, helping them to start a conversation about what the patients see.

This can give them strong, positive memories and supports the contact between carers and people with dementia.

We made a point of designing a prototype in the form of binoculars with an appealing leather design to motivate the patients to take a look.
This approach proved successful in a test involving six people in a day-care center. The participants understood the intended metaphors and most of them interacted purposefully with the prototype. Our assumption that the users would be able to easily leave the VR environment whenever they wanted to talk to others or end the interaction also proved true. 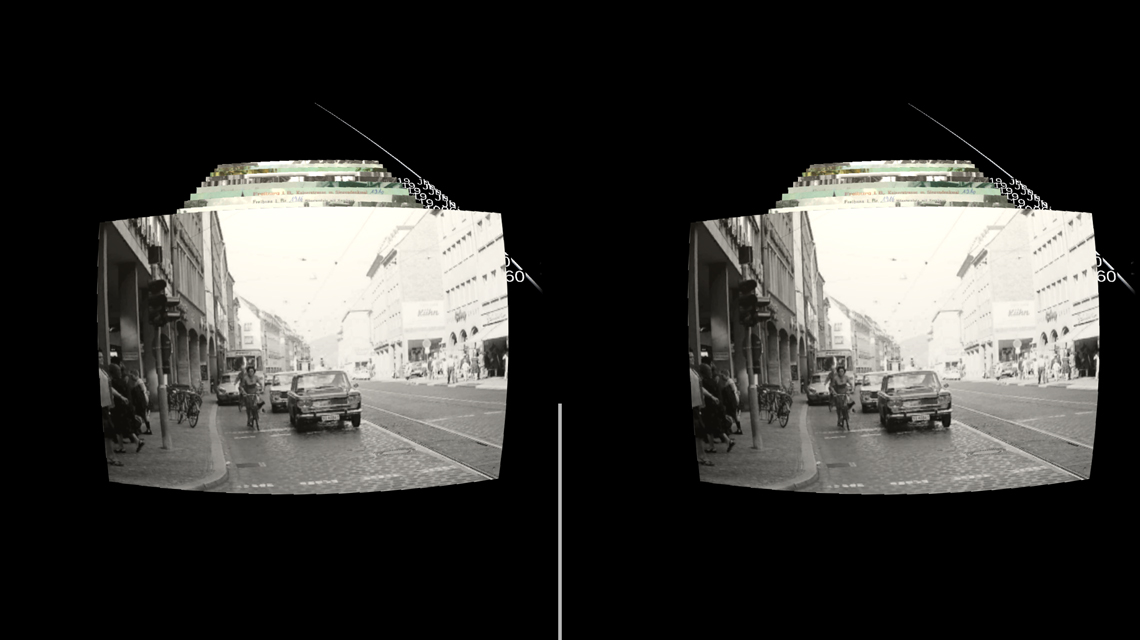 The three prototypes are examples for tools that we have designed in our research projects for seniors (in need of care) and people with dementia. In our experience, there are some design principles for prototypes, and we always bear them in mind:

The prototypes were created as part of the Interactive Memories project (InterMem), serving technology-based biographical work and memory maintenance. The research project is subsidized by the German Federal Ministry of Education and Research (BMBF), grant number 16SV7325.